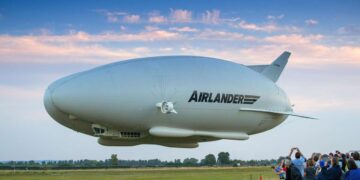 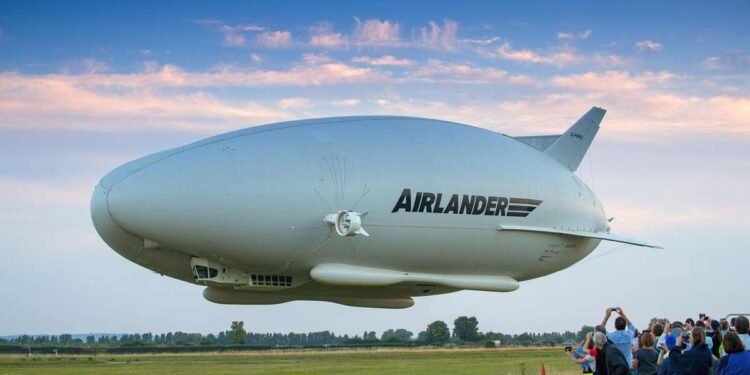 Short-haul, city-hopping air travel is set to get an environmental alternative thanks to a new hybrid airship being developed in the United Kingdom.

The Airlander 10 by Hybrid Air Vehicles (HAV) is a 100-passenger airship that runs on helium and electricity and is capable of flying at speeds of up to 130 kilometres per hour, and being airborne for five continuous days.

On a mission to “rethink the skies”, the English company is aiming to launch the hybrid-electric Airlander 10 by 2025, and has released details of some of the possible routes that the vehicle could serve.

These include city centre to city centre journeys from Liverpool to Belfast, Seattle to Vancouver, Barcelona to Palma and Oslo to Stockholm.