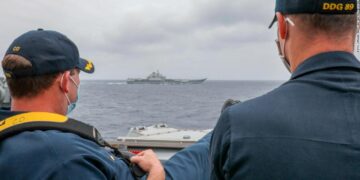 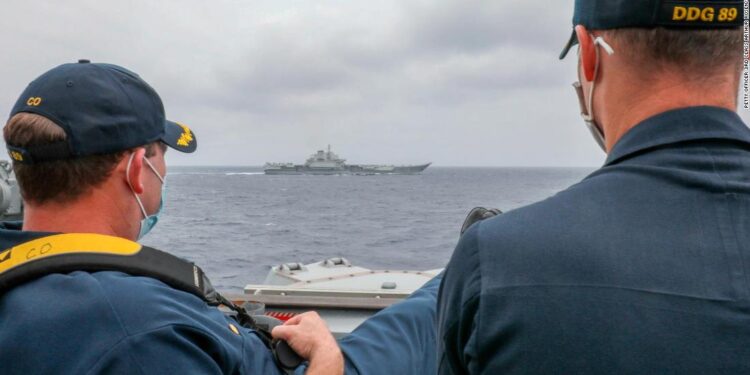 Meanwhile, the US and Philippines were preparing for joint drills as the US secretary of defense proposed ways to deepen military cooperation between Washington and Manila after China massed vessels in disputed waters.

China’s state-run Global Times on Sunday said the country’s first aircraft carrier, the Liaoning, steamed into the South China Sea on Saturday after completing a week of naval exercises around Taiwan. There was no official announcement of the Liaoning’s position, but the Chinese tabloid cited satellite images first reported by US media outlet The War Zone.

The Liaoning’s reported arrival in the South China Sea came after a US Navy expeditionary strike group, fronted by the aircraft carrier USS Theodore Roosevelt and amphibious assault ship USS Makin Island, conducted exercises in the South China Sea a day earlier. The two flat-top warships were joined by a cruiser,…