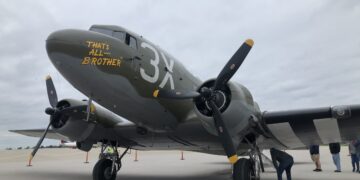 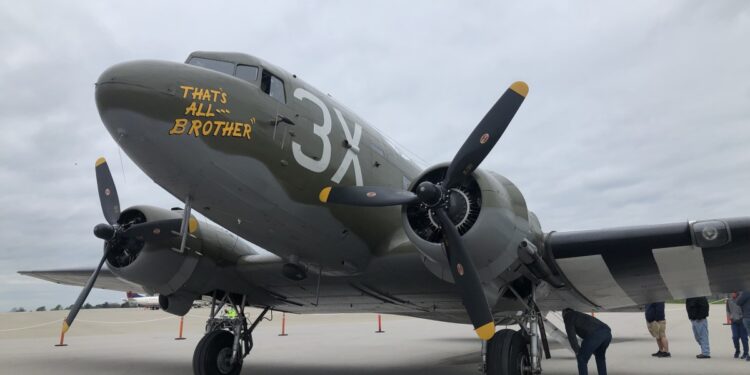 LEXINGTON, Ky. (LEX 18) — People from all across the Bluegrass have been making their way to Lexington to get a peek at the airplane known as ‘That’s All, Brother.’

The World War II carrier aircraft is visiting the Aviation Museum of Kentucky this weekend.

“The significance of this aircraft is back in 1944 when they did the Normandy Invasion, this airplane was the lead airplane of 800 C-47s that dropped 13,000 paratroops on Normandy,” said Jerry Landreth with the Aviation Museum of Kentucky.

The aircraft was built in 1944 in Oklahoma City, Ok.

It was named ‘That’s All, Brother’ by Lt. Col. John M. Donalson as a nod to the goal of the mission.

“He wanted to send a message to Adolf Hitler. And that message was, ‘That’s all, brother,’ and they were the lead airplane that drove that point home,” explained pilot John Cotter.

But the aircraft was almost lost to history…