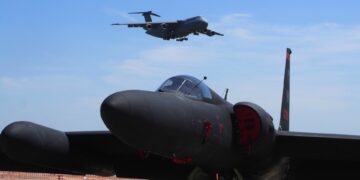 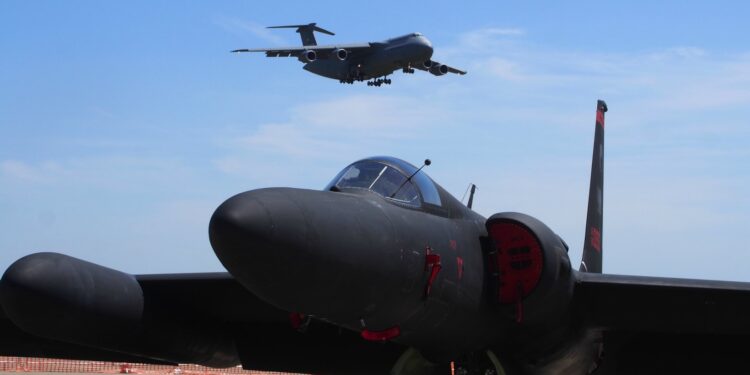 One of the U.S. Air Force’s high-altitude spy planes flew a path along the United State’s border with Mexico Thursday.

The Lockheed U-2 flew along Arizona, New Mexico and California’s border with Mexico after taking off from Beale Air Force Base in California, home of the 9th Reconnaissance Wing.

The aircraft, using the callsign “PINON71,” flew east from the base and climbed to 60,000 feet before making a reverse “S” like pattern over the New Mexico, Arizona border and heading towards Ciudad Juarez.

The spy plane then proceeded to travel along the border and up the coast of California before heading back to base. It is unclear the exact intent of the mission and a request for comment and clarification from the 9th…