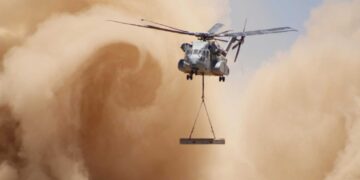 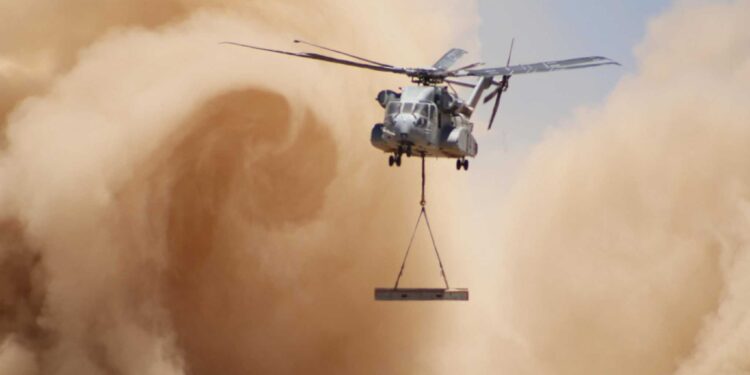 Could particles of sand in the Israel desert seize up hiring for a $25 billion cog in Connecticut’s economic engine?

Sikorsky is not saying, but the Israeli Air Force reportedly is demanding an engine fix for a new helicopter so its pilots can fly with confidence in desert “brownout” conditions.

The Pentagon is reportedly taking notice as it continues flight testing in advance of buying 10 times as many for $25 billion.

The Sikorsky CH-53K King Stallion is the largest helicopter ever flown by the U.S. military. Its cargo bay is large enough for an M1 Abrams battle tank and able to fly higher and faster than its predecessor CH-53E Super Stallion to avoid enemy ground fire.