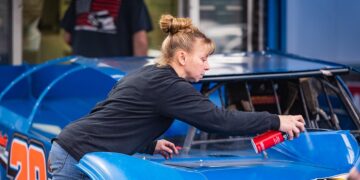 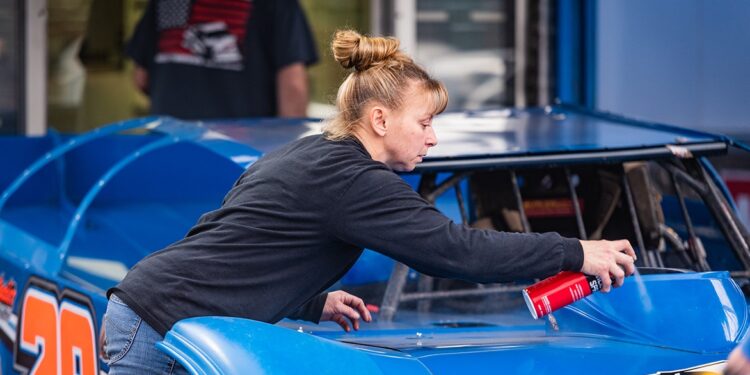 FULFILLING A DREAM: One ‘Hello’ led to 20-year Late Model career for Heather Lyne
She enters her 20th year of working with Dennis Erb, Jr. as one of the only female crew chiefs in the motorsports industry

MARYVILLE, TN – March 5, 2021 – One dare was the catalyst for a two-decade-long way of life for Heather Lyne.

It was a push to the closed door of an unknown dream waiting to become reality.

She opened that door in June of 2001 by walking into Dennis Erb, Jr.’s race shop, having never met him, and volunteering herself to join his race team. Twenty years later, she continues to be his sole crew member and inevitable crew chief on the World of Outlaws Morton Buildings Late Model tour.

In that time span, she’s also juggled managing a full-time job as an electrical engineer for a defense contractor with the military – a job she’s held for more than 20 years.