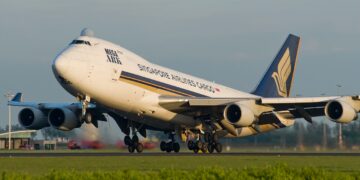 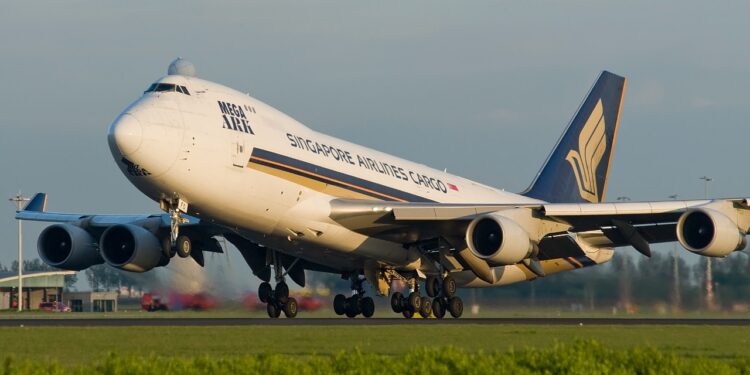 After flying from Dallas-Fort Worth to Brussels on February 26th, a Singapore Airlines 747-400F was found to have damage to its body during a post-flight inspection. Images posted to Twitter show that the metal skin of the jumbo jet had been punctured, forming multiple holes. The largest of these holes looks to be at least 20 inches in diameter.

After completing an uneventful flight

According to The Aviation Herald, the Singapore Airlines 747-400 freighter was performing flight SQ7951 from Dallas-Fort Worth (DFW) to Brussels (BRU). The jumbo jet took off from Dallas’ runway 36R and completed an uneventful flight, which lasted just under nine hours, according to RadarBox.com data.

After landing at Brussels on February 26th at 16:20 on runway 25R, the jet vacated the runway via…