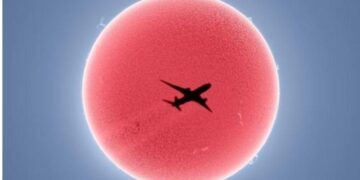 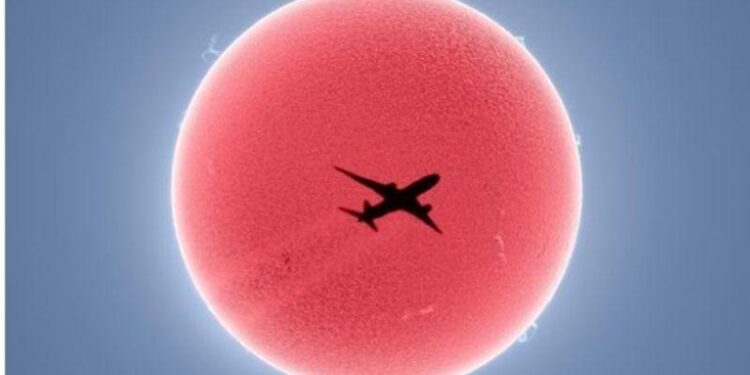 We’ve seen aircrafts flyby in the sky countless times. And at times, when you manage to capture them, they appear like a tiny speck on our screens — nowhere close to what we imagined it to look like. 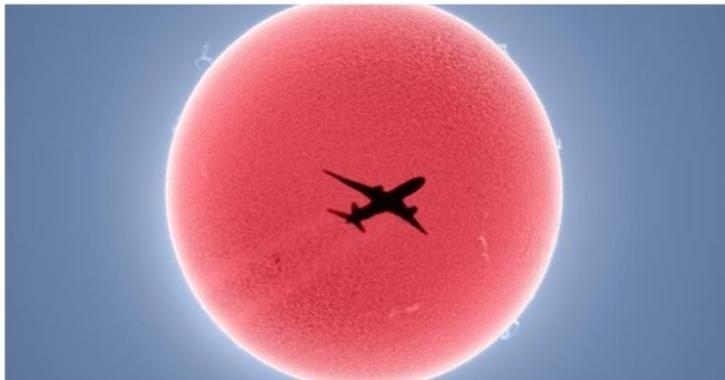 However, now a California-based astrophotographer, who was actually trying to capture the sun captured a glimpse of an aircraft pass in front of the fiery-orange sun on this camera, creating a one-of-a-kind that you can’t stop gawking.

This rare moment was captured by Andrew McCarthy who captured this splendid image with the help of a telescope which was fitted with a hydrogen-alpha solar filter that particularly highlights the chromosphere (a layer of the sun’s atmosphere).

I was shooting the sun in hydrogen-alpha light, so as the plane passed you could see the contrails scatter the light from the sun, while the plane was invisible unless covering…