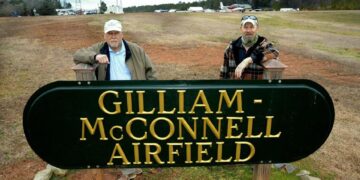 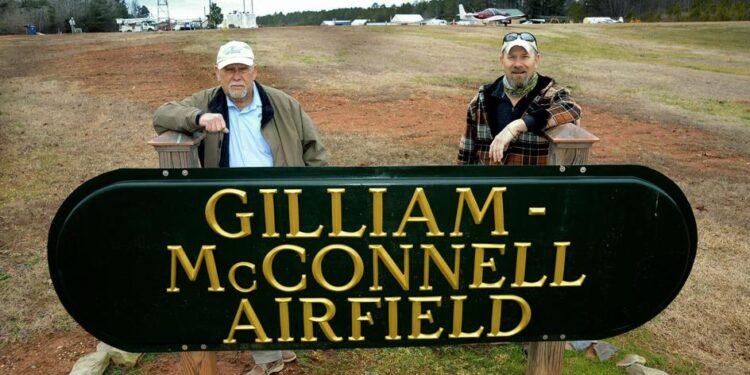 It’s only fitting that BQ1 is the official identifier code for Gilliam-McConnell Airfield. As the home of the Pik N Pig restaurant, this Carthage airstrip is a destination for pilots and foodies alike.

But the real story actually starts in the 1940s near Oceana Naval Station, where Roland Gilliam grew up watching the skies. He bought his first plane from his high school science teacher and spent time in the clouds for the next 62 years. Work brought him to North Carolina and fate brought him to a hilly tract of land on the outskirts of Carthage.

Sometime around 1989, Gilliam began building his own airfield of dreams. These days his runway regularly welcomes all types of small and medium-sized aircraft, from restored relics to contemporary private airplanes to military helicopters.

“This has been very fulfilling — to start it, to build it,…