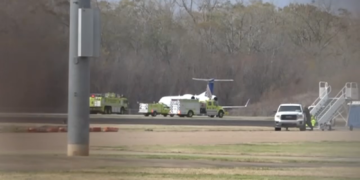 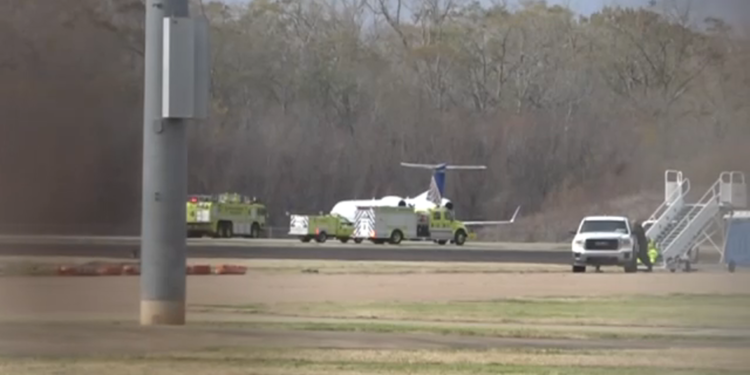 492
SHARES
1.4k
VIEWS
Share on FacebookShare on Twitter
ALEXANDRIA, Louisiana — A United Airlines flight from Mississippi was diverted to Alexandria International Airport in Louisiana on Wednesday because of a possible explosive device onboard.

Two people were detained as “persons of interest,” the Rapides Parish Sheriff’s Office said in a news release.

The plane remained on a tarmac, away from the terminal, for more than three hours after landing just before 12:30 p.m., news outlets reported. All passengers were removed.

The flight left Jackson, Mississippi, at 11:39 a.m. and was in route to Houston, officials said.

The sheriff office’s bomb squad and the FBI were at the airport.

A passenger, Megann Cox, told KALB-TV they were mid-air when the flight crew announced they would be making an unexpected stop in Alexandria. She said the plane sat on the tarmac with the electricity off, including the air circulation.

“They did not offer us any…