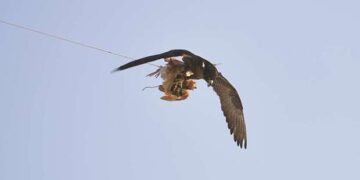 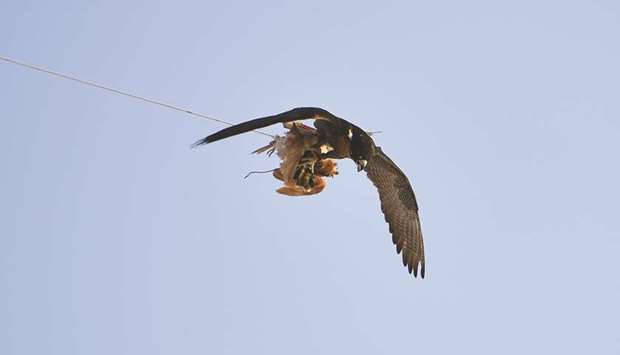 Radio-controlled (RC) model airplanes have become one of the widely used tools by falconers to train their falcons, local Arabic daily Arrayah has reported.

A RC model airplane enables faster training to sharpen a falcon’s hunting skills when compared to the traditional methods, where they release a prey to be caught by the falcon.
A falconer can attach a prey to the tail of a RC model airplane and control its speed, distance and altitude according to the training requirement of the falcon.
This method also ensures the safety of the precious falcons when they fly in the open for training purposes and minimise the chances of getting lost.

With the start of the competitions, scheduled for early 2021 approaching, the demand has shot up for the RC model airplanes. However, some falconers said that this modern method has its flip side including the potential of exhausting the falcons due…