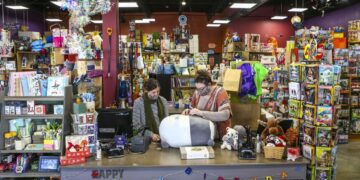 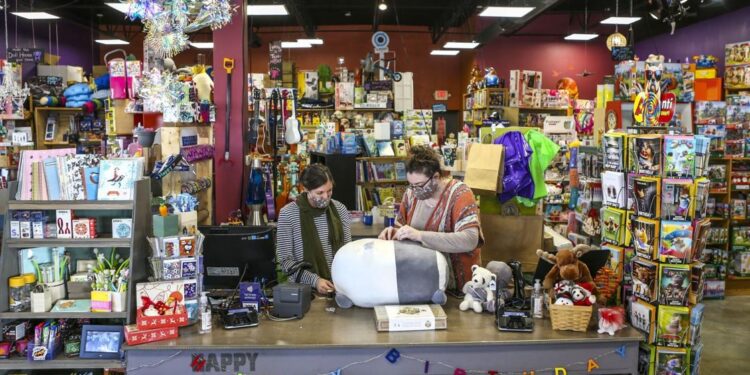 When Jonny Girson opened his shop, the Learning Tree, in a Kansas City suburb in 1995, there were 25 independent toy stores in his region. Now there are five.

In the St. Louis area, even fewer are left. Bright Idea Toys in Ladue closed in April, a decision announced before the pandemic. Chains such as Children’s Palace and Kay-Bee went out of business years ago, followed by Toys R Us in 2018.

December weekends at Happy Up Inc. used to run like a Rube Goldberg kit. From door to register, children snaked through the aisles, testing out train cars, topping off block towers and spinning colorful whirligigs. It was the time of year Ray squeezed as many people as she could into her stores.