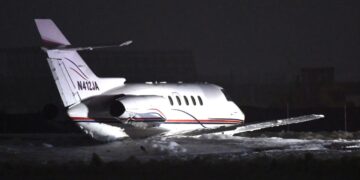 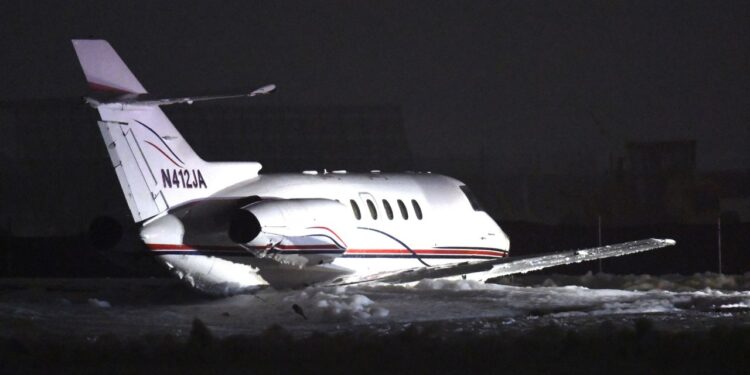 The landing gear of a small aircraft failed to deploy Sunday night and the plane slid off the runway at Republic Airport in East Farmingdale, Suffolk County police said.

Photos from the scene showed a two-engine business jet.

First Precinct officers responded to the airport shortly before 9 p.m. for a report that a small plane landed off the runway.

The two occupants of the plane were transported to Nassau University Medical Center in East Meadow for treatment of minor injuries, authorities said.

East Farmingdale Fire Department Chief Duane Welliver said the plane “crashed on landing and slid across the runway. We don’t have any details on what caused…